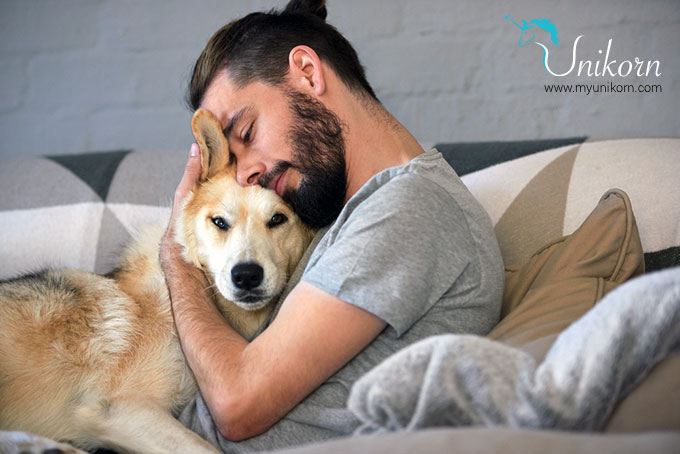 The next time you want to hug a dog, consider this: You could be making the pooch miserable, an expert says.

To the average dog lover, the animals’ floppy ears and pudgy paws are simply cute.
But there is actual science behind their design: They are cursorial animals, which means that they have adapted to run as their first line of defense, said Stanley Coren, a psychology professor emeritus at the University of British Columbia and a dog-training expert.

So when a human, however well-meaning or needy, moves in for a full-body embrace, it immobilizes the dog and increases the animal’s stress level, he wrote in a Psychology Today blog post this month.

Dr. Coren’s recommendation? “Save your hugs for your two-footed family members and lovers. It is clearly better from the dog’s point of view if you express your fondness for your pet with a pat, a kind word and maybe a treat.”

To be sure, the post is not a peer-reviewed scientific study, but only his expert observation.

Dr. Coren looked at 250 images on Google and Flickr that show people hugging dogs. About 81 percent of the photos showed dogs giving off at least one sign of discomfort, stress or anxiety, he said. The rest of the photographs showed dogs that appeared comfortable with their hugs or exhibiting neutral or ambiguous responses.

Since dogs and humans cannot talk to each other — not in the traditional way, at least — Dr. Coren offered pointers on the canine body language to look out for, gleaned from his own observations.

• Turning its head away from whatever is worrisome, sometimes closing its eyes, at least partly. Dogs will often show what is called a “half-moon eye” or “whale eye,” where the white portion of the eyes at the corner or the rim is visible, he said.

• Licking, yawning or raising a paw. The dog may also lower its ears or slick them back against the side of its head.

Other Experts on the Canine Clinch

Corey Cohen, a companion animal behavior therapist at A New Leash on Life in Pennsylvania, was unequivocal.

“My dogs love being hugged,” he said.

Mr. Cohen said he believed dogs might look anxious in the hugging photos because they didn’t like having their pictures taken, or because a person was trying to pose them or get their attention. But Mr. Cohen, who also does canine massages, said he thought dogs could be comfortable with a hug when there was familiarity and trust.

How does he know his dog loves to cuddle? He said he could feel tension being released in certain muscle areas of the animal: The breathing slowed down and the gaze softened. In some dogs, he said, the edges of their mouths tilt up, like a smile.

“I can definitely tell,” Mr. Cohen said. “Their facial expression changes: ‘Oh, give me more!’ ”

The trust bond also leads him to dismiss a common notion that people should not stare at dogs — that doing so is considered confrontational.

“The truth is, if you have a decent relationship with your dog, it releases oxytocin,” he said, referring to the so-called love hormone. “I don’t think there is any other creature on earth that will do this.”

But Erica Lieberman, a dog trainer and behavior consultant with Pawsibilities Pets in New York City, said that in general, dogs should not be hugged — just to be on the safe side.

For example, people who adopt a rescue dog may not know the animal’s socialization history. It could have painful association with, say, a child giving it crushing or unintentionally painful hugs.

Ms. Lieberman said dogs understand facial expressions and learn that hugging makes people happy. Therefore they may be putting up with something they do not really like.

“So I like the message,” she said, referring to the no-hugs credo. “I believe people should err on the side of caution.”

She said people should always look for “cutoff signals.” In addition to those Dr. Coren noted, Ms. Lieberman said dogs might “shake off” in displeasure after a hug, similar to what they do after a bath to rid themselves of excess water.

“If you don’t see any of that, there are plenty of dogs who not only don’t mind, but they get that it is what makes it a human’s companion,” she said.

Ms. Lieberman, who has also worked as a therapy dog evaluator, said another misconception is that it’s O.K. to extend your hands into a dog’s face as introduction.

“That is incorrect because you are getting into a dog’s face,” she said. “Keep your hands at your side and see if the dog approaches you. You have allowed it to be the dog’s decision.”

Ms. Lieberman said there are alternatives to hugs, like scratching or belly rubs. But for the dog-loving humans who can’t live without their canine cuddles, Ms. Lieberman said you could always try “counter-conditioning” until you are sure the dog is fine with it.

That is: Hug your dog briefly and then give it a treat. Repeat as needed.

Unikorn (www.myunikorn.com) is an exclusive platform for all the pet services. Order Pet Food & Accessories from the best stores in town, Request a Vet for house calls, discuss your day to day pet queries with the community on the forum and many more services.

Unikorn recently launched Social Butterfly, a social networking platform for the pets. Post your pet activities and pictures, Follow other Pet Parents and many more on Social Butterfly.